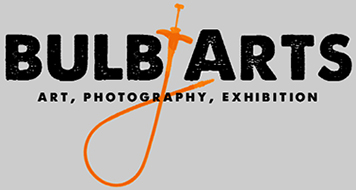 “36 Exposures: A Photographic Exquisite Corpse”, creator of project consisting of thirty-six photographers of varying levels and backgrounds working anonymously together to explore the subconscious creative mind through photographs. 2012.

“Bulb Photo”, creator and editor of blog dedicated to exhibiting innovative student works and works in progress. Bulb sponsors competitions that result in curated online exhibitions that are viewed by third party jurors from the photographic and art industries. June 2010 – present.

I was honored with the Art Institute Impact Award. The students in each academic department award this distinction to an influential faculty member. Charlotte, NC. Spring 2011.

I was awarded an Arts & Science Council Grant in conjunction with the McColl Center for Visual Art. The grant money was used to collaborate with students at North Mecklenburg High School in creating pinhole cameras, photographs and, eventually, a large-scale permanent installation that I designed for their new Arts Building. Charlotte, NC. Fall 2009.

I was privileged to receive a position as an Affiliate Artist at the McColl Center for Visual Art in Charlotte, North Carolina. Summer 2004.